Welcome to Poland. Poland is a country in Eastern Europe that is known for its beautiful capital, Warsaw, jewellery, and castles.

These stats were collected through general studies by prominent institutions that analyzed Poland's tourism sector. They represent Poland as a whole, not certain parts of the country that are either better or worse-off. These studies were then summarized into a given rating.

Warsaw is the capital and largest city of Poland. 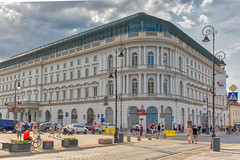 Gdansk is a major port city in Northern Poland. 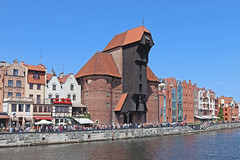 Get a visa for Poland...

The history of Poland begins with the Piast Dynasty in the 10th century. The Polish Church was established by the Dynasty in the 11th century. After the fall of the Piast Dynasty, the Jagiellonian Dynasty was established in the 14th century. During the 16th century, there was great division in the country, where the official state religion was Catholicism, due to the Protestant Reformation. Poland unified with Lithuania in 1561 and established an alliance with France. In the 17th century, Poland fought a large war with Russia that resulted in Ukraine being divided between Poland in the west and Russia in the east. In the 18th century, Poland established an alliance with Sweden. During the Napoleonic Wars, France and Russia gained control of parts of the country. This was known as the Partition of Poland. During the First World War, Poland was occupied by Germany and Austria. After the end of World War One, Poland regained its independence and fought a war with the Soviet Union. During World War Two, Poland was occupied by Germany and concentration camps were set up in the country. Millions died as a result of the Holocaust. After the country was liberated by the Allied Powers, specifically the Soviet Union, Poland adopted communism and supported the Soviets throughout the Cold War. After the end of the Cold War and the fall of the Eastern Bloc, Poland joined NATO and the EU.

"In towns and cities, bus services are the main form of urban transport. They are provided mainly by municipal operators operating a total of around 11,500 buses. Tram systems exist in 15 cities with a total number of 3,342 trams running along 2,342km of tracks." - IntelligentTransport

See if you can travel to Poland visa-free