Welcome to Portugal. Portugal is a country in Southern Europe that borders Spain. It is known for its beautiful Atlantic Ocean coast, ceramics, and its colorful capital, Lisbon.

These stats were collected through general studies by prominent institutions that analyzed Portugal's tourism sector. They represent Portugal as a whole, not certain parts of the country that are either better or worse-off. These studies were then summarized into a given rating.

Lisbon is the capital and largest city of Portugal. 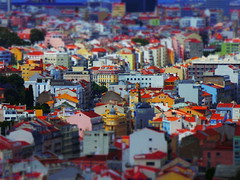 Porto is the second-largest city of Portugal and most popular luxury travel destination in Europe. 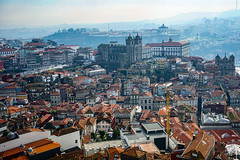 Braga is the largest city in Northern Portugal and known for its religious heritage. 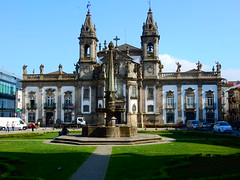 Get a visa for Portugal...

The first Romans arrived in Portugal in the third century BCE during the Second Punic War against Carthage. Much like in Britain, the Romans found it easier to govern the south of Portugal but incredibly difficult to gain influence in the north, because of constant rebellions. Germanic people emigrated to the Iberian Peninsula in the 5th century and controlled much of Northern Portugal, including Braga, expelling the Romans.

Arabs from Morocco invaded Portugal through Gibraltar in the 8th century, and most of the Iberian Peninsula became a province of the Umayyad Caliphate. At the end of the 11th century, a Burgundian knight called Henry, reshaped the County of Portugal into a sovereign kingdom. By the 13th century, the final parts of South Portugal were reconquered from the Moors and Portugal started gaining influence around the world, setting up its first colonies in the 15th and 16th centuries. The country, although sovereign, formed a devastating union with the Spanish crown in 1580, under which its assets and global influence started to decrease. A war of independence against Spain was launched in 1640 and although Portugal regained its independence, because of the political turmoil, many Portuguese left for Brazil.

In the 18th century, Portugal invaded Spain, and for a time occupied Madrid, before Portuguese forces were soon expelled from the country by Spanish Bourbons. During the Napoleonic Wars, Portugal was invaded by France, but its ally, Great Britain, helped Portugal remain independent. A democracy was formed in Portugal in 1910 but a military dictatorship led by Salazar, replaced the democratically elected government in 1933. Although officially neutral in World War Two, Portugal shared close ties with the Allied Powers. In 1974, democracy was restored and Portugal was forced to violently decolonize by the UN. After decolonization, the Portuguese economy grew quickly with the arrival of many new industries to the Southern European nation.

"Portugal is not a large country and you can get almost everywhere easily and efficiently by train or bus. Regional trains are often cheaper and some lines very scenic, but it's almost always quicker to go by bus – especially on shorter or less obvious routes. You'll obviously have a great deal more flexibility if you drive, and you'll be able to visit more out-of-the-way places in a short trip." - RoughGuides

See if you can travel to Portugal visa-free