Welcome to Spain. Spain is a country in Southern Europe that borders Portugal, Morocco, France, and Andorra. It is known for its history, beaches, music and performing arts, and vibrant culture.

These stats were collected through general studies by prominent institutions that analyzed Spain's tourism sector. They represent Spain as a whole, not certain parts of the country that are either better or worse-off. These studies were then summarized into a given rating.

Madrid is the capital and largest city of Spain. 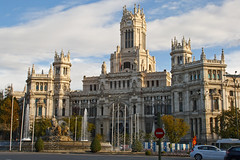 Barcelona is the cultural epicenter of Spain and the capital of Catalonia. 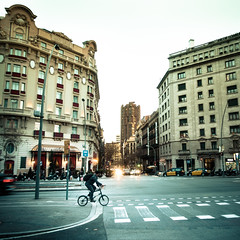 Valencia is the largest city in Southern Spain.

Spain became a province of the Roman Empire in the 2nd century BCE but was invaded by Germanic tribes in the 5th century that took control over the majority of the Iberian Peninsula. Multiple Vandal and Visigothic kingdoms were established across the country. The Visigoths ruled Spain until the 8th century when the country was invaded by Islamic Moor conquerors. After the Moor invasion, Spain became a province within the Umayyad Caliphate but was reconquered by Christians during the Middle Ages. In the 15th and 16th century, Spain expanded rapidly around the world, including in Asia, Africa, and the Americas. Spain fell under the Bourbons in the 18th century, just as Portugal invaded. The Spanish drove out the Portuguese quickly but fell into a further economic crisis during the Napoleonic Wars. Spain regained its independence in 1814. During the Second World War, the Franco regime supported Nazi Germany, but it wasn't until the 1970s that democracy was established. Spain grew quickly but today, Spain continues to face economic and political issues throughout the country.

"Many major cities have great metro systems. There are metros in most major cities like Madrid, Barcelona, Seville, and Valencia. In Spain, metro tickets and passes let you travel on all types of public transportation, from city buses to suburban trains. Spanish metros are known for their cleanliness and reliability." - ViaHero

See if you can travel to Spain visa-free