Mount Teide is a large, famous volcano in Tenerife. 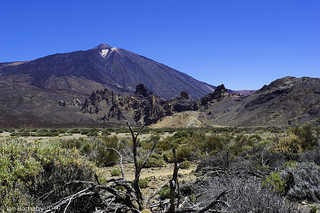 Playa de las Teresitas is a famous beach in Tenerife. 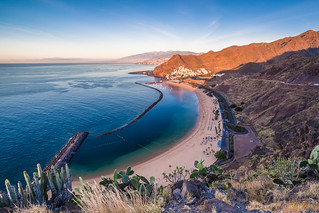 Santa Cruz de Tenerife is the capital and largest city of Tenerife.

Tenerife has a tropical climate with warm weather all-year-round.

Question: What is the ideal time to visit Tenerife?

Answer: The best time to visit Tenerife is from June to September.

Tenerife was originally an independent kingdom governed with many administrative divisions, with the capital at Adeje. Tenerife was the last Canary island to get conquered by the Spanish and the island was ruled by a Spanish governor starting in the 15th century. As the Spanish invaded, many of the native peoples died from diseases brought over from Europe. In the 17th and 18th centuries, many on Tenerife fled the island for Spain’s new colonies in the Americas. Tenerife was invaded by the British in 1797 but Spanish control of the island was soon restored. In the 20th century, Tenerife’s economy grew fast as it became a popular tourist destination for European visitors.

Book a trip to Tenerife