Welcome to Turkey. Turkey is a country in Southern Europe and the Middle East that is home to the largest city in Europe. It is known for its cities, natural beauty, history, and culture.

These stats were collected through general studies by prominent institutions that analyzed Turkey's tourism sector. They represent Turkey as a whole, not certain parts of the country that are either better or worse-off. These studies were then summarized into a given rating.

Istanbul is the largest city in Europe and the former capital and economic epicenter of Turkey. 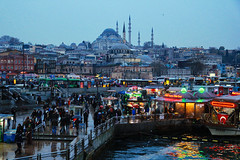 Ankara is the capital and administrative epicenter of Turkey. 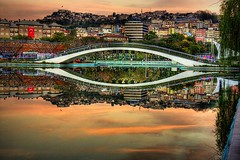 Antalya is a city in Southern Turkey that is known for its beaches.

Get a visa for Turkey...

People have lived in Turkey since the Stone Age. The first civilizations to form in Turkey were the Greeks in the west and the Persians in the east. The Persians divided Turkey into several small states, including Armenia. However, the Greeks and Persians did not get along, and the Greco-Persian War began. This was one of the most important wars in European history. The Greeks won the war, but the Romans soon invaded Turkey. In the fourth century, Constantinople became the capital of the Eastern Roman Empire. Turkey enriched itself after the creation of the Ottoman Empire, when the country gained control over most of Central Europe, as well as Algeria, Tunisia, Egypt, Libya and Saudi Arabia. However, the empire began to collapse in the 19th and early 20th centuries due to war with other countries, including Great Britain and Russia. From the collapsed Ottoman Empire, a new country called the Republic of Turkey was formed. During World War II, the country remained neutral, although Germany was its largest trading partner before the outbreak of the war. Throughout the Cold War, Turkey maintained close relations with both the United States and the Soviet Union, although it was a member of the NATO alliance. Since the Cold War, Turkey has had tremendous influence over the Mediterranean region and is relatively wealthy compared to its neighboring countries. Today, Turkey is home to one of the world's largest tourism industries.

"There are huge public transport system in Turkey such as local buses, taxis, minibuses, tram and metro. ... Minibuses (Dolmus): Minibuses are useful alternatives to local buses and run on standard routes posted on the front screen of the vehicle. Taxis: Taxis are plentiful and the best boarded at designated taxi stops." - GoTurkeyTourism

See if you can travel to Turkey visa-free