Welcome to Vietnam. Vietnam is a country in Southeast Asia known for its beaches, cities and history. At is situated on the east end of the South China Sea in close proximity to the Chinese Mainland and the Philippines.

These stats were collected through general studies by prominent institutions that analyzed Vietnam's tourism sector. They represent Vietnam as a whole, not certain parts of the country that are either better or worse-off. These studies were then summarized into a given rating.

Hanoi is the capital and second-largest city of Vietnam. 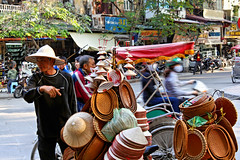 Ho Chi Minh City is the largest city and economic epicenter of Vietnam. 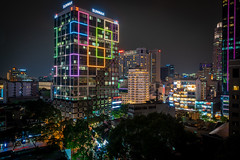 Hoi An is one of the oldest cities in Asia. 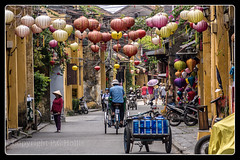 Get a visa for Vietnam...

Before the Chinese invasion in the second century BCE, Vietnam was ruled by a series of dynasties, starting with the Van Lang. These early Vietnamese cultures were known for their comprehensive literature, music, and weapon production. Until the 10th century, Vietnamese politics was dominated by frequent Chinese raids on the nation. During the Ngo and Dinh Dynasties, Vietnam finally gained her independence. The country grew in great size and even included parts of present-day Laos and China. The country was invaded by the Chinese again, in the 15th century. Until European colonization in the 19th century, Vietnam was ruled by a series of Trinh and Nguyen lords, starting in the 17th century. The lords eventually merged into the Tay Son and Nguyen dynasties. Vietnam was colonized by France in 1858. During the Vietnam War, Vietnamese people suffered tremendous casualties and some unexploded bombs are still found throughout the country. Despite some atrocious acts committed against Vietnamese people by Western nations, Vietnam has a growing economy and remains open to foreign investment and trade.

"The method of getting around Vietnam depends hugely on how long you are going to stay in Vietnam. As a tourist, you have many options of transportation to choose from in Vietnam, including by plane, by train, by bus, by car, by motorbike or cyclo, by taxis and by boat." - VietnamDiscovery

See if you can travel to Vietnam visa-free